Since starting this blog more than five years ago–in September 2009, I don’t think I have ever had a month-long lapse in connecting with you and sharing a scrumptious recipe. Until now.

It’s been a crazy month, that’s for sure, but we are here and we may be even better because of our experience. Yes, the Quarry Farmers & Ranchers Market got evicted from the Quarry (on November 13) and were given just three weeks to find a new home. Yes, we found a new home. And, yes, it’s been pretty insane–which I hope explains my brief and sudden departure. I just didn’t have it in me. The responsibility of finding a solution for almost 40 farmers, ranchers and artisan food producers was all I could think about.

But I am back and there’s always a moral to the story.

The good news is that our situation got a lot of attention and, based on the overwhelming response of support and interest and concern we enjoyed (and continue to enjoy), I am sensing the Alamo City may have woken up with regards to the importance of building a healthy and strong local food system. Or maybe people just sensed an opportunity to relocate the farmers market to their venue and reap the rewards?

No matter what the reason for the outpouring of support, what is important is that people are talking about what’s been happening with the farmers market and that is a good thing. Everywhere we go, someone thanks us or asks, “How is everything?” or says, “We will be at the market this Sunday,” or they just want to offer a hug or share that the new location at The Yard is “right down the street from my house and I can even walk” or offer a tender moment of comfort  and empathy.

It has also been humbling to see and feel the adoration that the market (which started with 10 vendors in May 2011) has generated and it is promising to see what is perhaps possible in the coming years for the local food movement in South Texas. Maybe 2015 will be a big year for food in San Antonio.

Though Austin, just 70 miles north of us, has a vibrant local food culture that has everyone entangled in its healthy and economically sound web, that way of being or philosophy or mantra just hasn’t trickled down here yet. And it’s sad, but life is about small victories and we have definitely won this one.

To celebrate the fact that we were able to keep the market alive from one Sunday (December 7) at the Quarry to the very next Sunday (December 14) at The Yard–without skipping a beat and ensure that our market members never lost even a day of sales, I made soup. Simple, healthy and absolutely nurturing to our souls, sometimes nothing soothes like a bowl of soup.

With the season’s first harvests of broccoli showing up at the market, I fell hard for a roasted broccoli and potato soup recipe in my favorite Wednesday Food section of the New York Times. Created by the venerable Melissa Clark in the November 21 issue, I love Melissa Clark and I love soups, so this felt like the right recipe to share on the blog for many reasons. 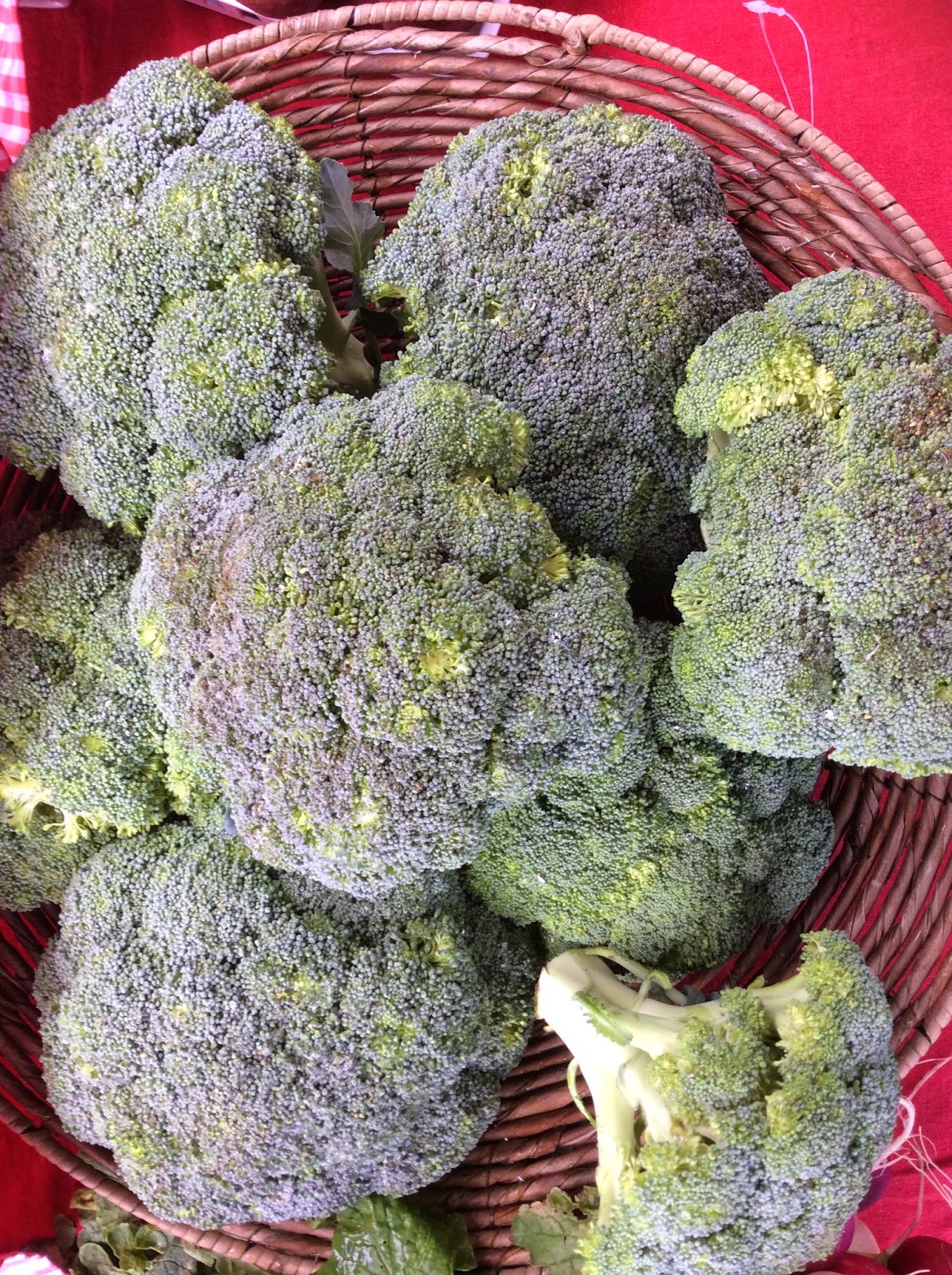 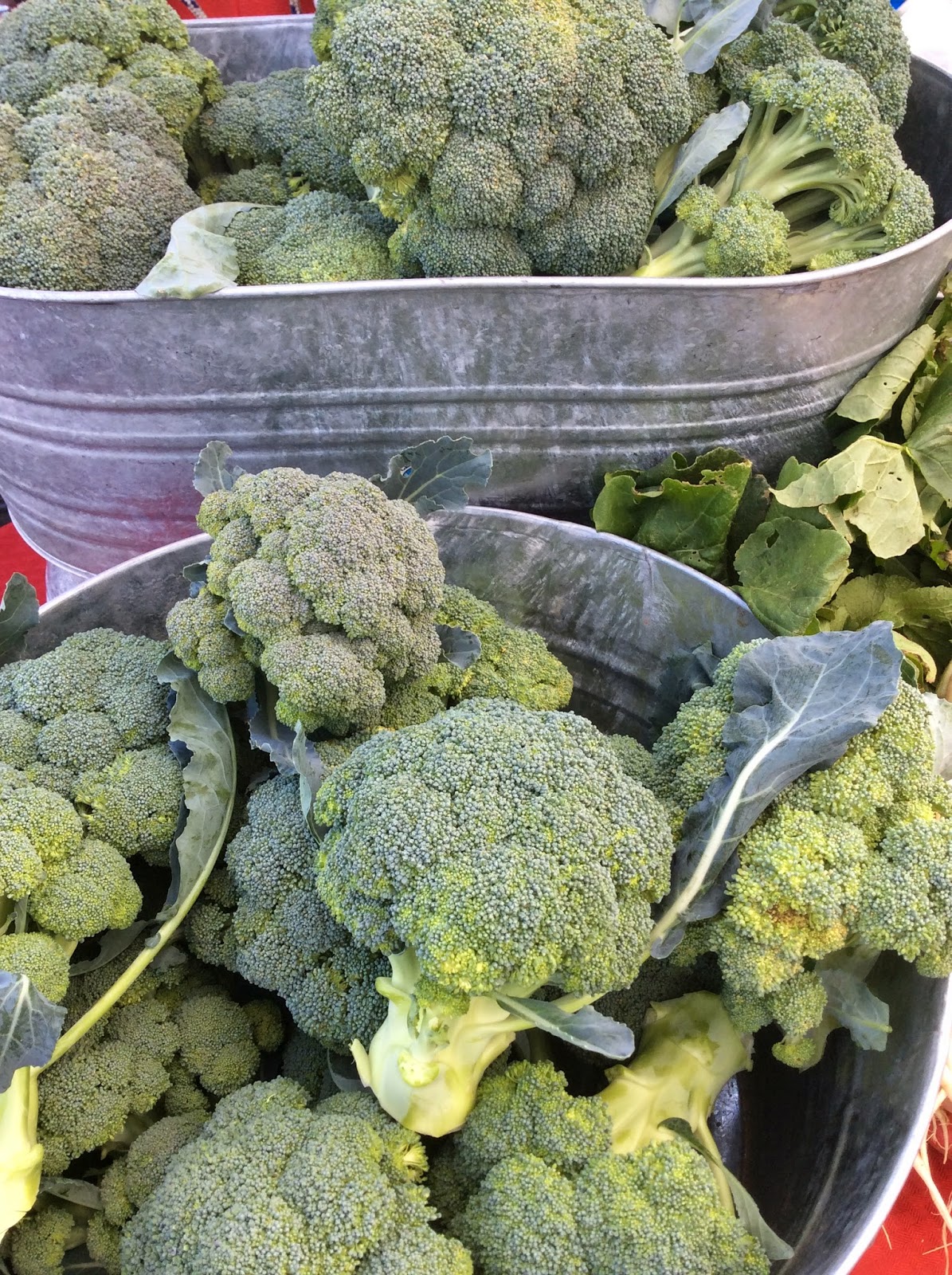 Soups were a huge part of my childhood. My grandmother grew up in the Depression and enjoyed the challenge of making something that cost very little taste like it cost plenty. Though everything she made was amazing, soup was definitely one of her many specialties.

Potato soup was one of her favorites, and she made a mean one. Everyone always wanted her recipe. Like all good cooks, she had a trick (or two) that was never written on the recipe, but she just knew what to add to give it her signature touch. For example, her trick to making a “magical” potato soup was to add a touch of fresh nutmeg and use homemade chicken stock. Not the store bought stuff.

But because I prefer not to use chicken stock (ever), potato soup tends be a bit bland without it and needs another layer of flavor. Melissa Clark’s recipe mixes in broccoli that has been seared on just one side giving it a punch of flavor, a thinly sliced potato which adds a great thickness and then water instead of stock.

To add an even deeper layer of flavor and a creamy texture that everyone loves in soups, add one or two of those old Parmesan rinds that you conveniently stashed away in the freezer sometime last year. The Parmesan rind will melt into the broth and will give the soup a lift without hardly any effort or calories and you will be using something that easily could have been thrown away, but you saved it for just this reason.

Reuse. Repurpose. Recycle. And don’t ever give up. That’s the moral of this story.

From my home to yours, Merry Everything!

Soup was always something my grandmother had in the refrigerator or freezer. It can be a hearty meal or it can accompany a meal. It soothes and satisfies unlike anything else, especially in the winter. A one-pot wonder, soups simmering on the stove is down right comforting. I bet that this version of a nutrient-dense and kicked-up-adult potato soup will be one of your new go-to soups.
Course Appetizer
Cuisine American
Author The Cowgirl Gourmet adapted Melissa Clark's recipe from the New York Times Food section, November 21, 2014

I’m Heather, a native Texan who relocated to Santa Fe, New Mexico, as soon as I could. A self-taught, multi-generational home cook, I focus on good + good for you recipes that also make you feel good. By using alternative ingredients (you’ll never miss what’s missing), this blog highlights gluten-free and lots of plant-based and dairy-free bites + sips, along with local tips for the best of Santa Fe.

My hope is that you are inspired to forage with passion, cook creatively and fearlessly, travel with abandon and celebrate real food prepared at home and savored with friends and family. So what are we waiting for? Let’s get cooking.

Pop Over for a (Paleo) Popover

Thank you for subscribing to The Cowgirl Gourmet in Santa Fe